The Baring Foundation was created in 1969 as a corporate foundation of Barings Bank, a major London-based merchant bank that traced its history back to 1762.

During parts of the Bank’s history it had involvement in slavery and in the process of colonisation which we acknowledge along with the violence and injustice attributable to these. You can find out more about this history through a separate charity, The Baring Archive.

Since 1995, the Foundation has maintained its attention on three grants programmes: Arts, International Development and Strengthening Civil Society (formerly Strengthening the Voluntary Sector). The Foundation shifts its focus within these areas over time. Examples during the last decade include the contribution of the African diaspora to international development, arts and refugees, intercultural dialogue, climate change and the independence of the voluntary sector. 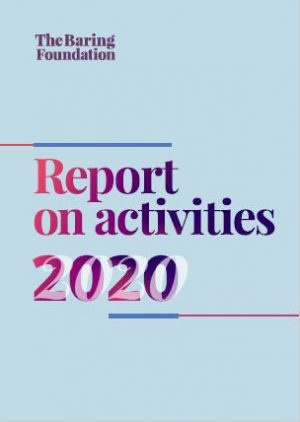 Our Chair, Lucy de Groot, introduces the £3m of new funding over five years from 2021 which will support a focus on racial justice.

A history of the Baring Foundation in fifty grants