Arts for older people in Hull’s City of Culture year

Lucy Lyon
Lucy Lyon (Hull 2017: UK City of Culture) looks back at a year of activities and events for older people in the city in 2017
Arts 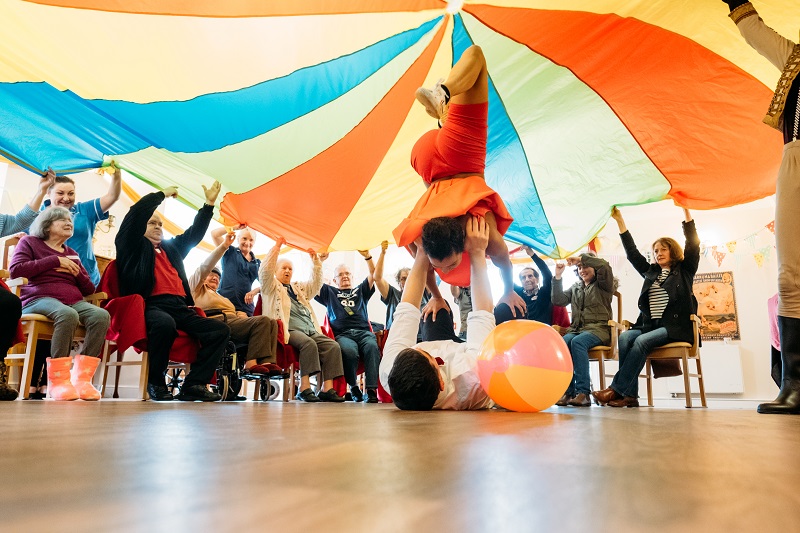 Circus skills workshops in care homes, talent shows for the over 55s and weekly cultural challenges – older people in Hull have certainly played their part in 2017.

Supported by NHS Hull Clinical Commissioning Group and Spirit of 2012, one of the key priorities during Hull’s year as City of Culture was to ensure that everyone had the opportunity to get involved. Age would not be a barrier.

Some would, inevitably, be more difficult to reach than others. But by engaging with the network of groups and organisations across the city that support older people, Hull 2017 was able to bring numerous bespoke cultural experiences right to their doorstep.

Key to this was the collaboration with Hull’s Older People’s Partnership (OPP), which works with more than 30 local groups and organisations to support elderly residents.

“We wanted to ensure that everyone in the city had an opportunity to get involved with the City of Culture, in whatever way that may be,” explains James McGuire, Audience Engagement Manager for Hull City of Culture 2017.

“Our engagement with some of the services for older people has worked really well. We’ve really had the buy-in from various groups and services that represent older people in the city and that has been a huge benefit.”

The 2017 team has ensured provision such as transport has been in place to enable older residents to access some of the headline-grabbing main events, but its real success has come from bringing projects to them.

“The provision for the big events has been there, but the more specific things for older people have tended to be behind closed doors,” says James. “We’ve had a few cases of some really high quality work and involvement; bringing companies in who are experts in what they do, who have also provided training for staff and carers in order to leave something lasting.”

“Older people and the circus aren’t two things you would necessarily put together, but it was brilliant; including work around movement and mobility,” says James. “It looked at how older people can be more active and focused on what they could do, rather than what they couldn’t do.”

Hull 2017 also teamed up with theatre company Small Things on The Storybox Project, which worked specifically with people living with Alzheimer’s and dementia. The project used the on-going artistic programme as a stimulus for those involved to create poems, stories, drawings and paintings.

““It was about going in there with things that are current that might also bring back memories and spark conversations,” says James. “Some of the results were just fantastic. The wife of a man who was in one of these sessions said she had not seen him smile that way in years. You know it is making a difference when you hear comments like that.”

Liz Postlethwaite from Small Things theatre company, added: “It has been a great pleasure to meet all the older people, and the people who support them, who we have been lucky enough to work with. They have always welcomed us with a smile and a cup of tea, and have taken the plunge to get involved with generosity, imagination, and a superb sense of humour.”

The Butterfly Effect was another project that explored the lives of people living with dementia as part of the Creative Communities Programme.

There have been long-running projects too. Care homes across the city have been actively involved with Challenge Hull, which sets a new cultural challenge for any group or individual to take on every week.

The HICA Group, in particular, has been an avid follower of Challenge Hull because of the ideas and inspiration it has given staff to try new activities with its elderly residents. As a result, the group set the challenge in week 47 – to create surface rubbings from everyday materials.

“It has been really important because it has given the staff and carers new ideas for different activities,” says James. “That has been a crucial part of the work.”

There have been notable highlights along the way, including 91-year-old ballroom dancer Maurice Ollett winning Hull’s Got Talent 55+ during Older People’s Week in September.

But it has not just been about bringing Hull 2017 to older people for them to enjoy; they have also played their part in bringing the city’s year of culture to life for others.

One of the huge successes of the year has been the volunteer programme, which has seen men and women of all ages and backgrounds get involved. With no upper age limit stipulated, it has seen many older people come forward to offer their services.

“They volunteers have been a real success story,” says James. “I think the oldest we have had has been 84.

“They have all been so positive, it has been unbelievable. They are that older generation, who have lived through different decades and seen transformations of the city. They have been so passionate and enthusiastic about what the work they have done – they’ve certainly played their part in making it so special.”

With thanks to Hull 2017 for allowing us to republish. First published here: https://www.hull2017.co.uk/discover/article/celebrating-hulls-older-people-2017/ 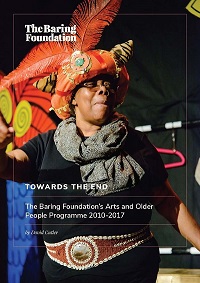 Play and potential: not too old to join the circus